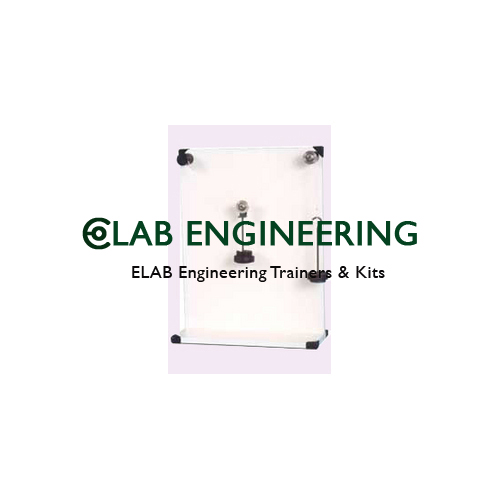 Work Done By A Variable Force (Vertical Effort).
Work Done By A Variable Force (Vertical Effort)   Features Low cost, effective teaching Self-contained Bench mounted Reinforces concepts of work and energy Three year warranty Range of Experiments To determine the work done by a variable effort and to compare with the work done in lifting the load To show that the work done by the effort is equal to the change in potential energy of the load Description This experiment is designed to reinforce the general principle that the work done, particularly by a variable force, can be determined simply by measuring the area under the graph of force and distance moved. It forms a comparison experiment with HFC7 which is concerned with the work done by a variable tangential force. The experiment is deliberately simple so that theoretical comparisons are easily made. It forms a good introduction to simple machines, leading to later studies on machine performance. The apparatus is a simple lifting mechanism with obvious non linear characteristics. A suspension cord carrying a loaded trolley at mid span is tensioned by passing the cord over a pulley at one end and down to a weight hanger. As the vertical effort is increased, the tensioned cord will move to a new equilibrium position lifting the loaded trolley. Heights of the load and effort are measured relative to the base. All the pulleys are fitted with ball bearings to minimize friction effects. This equipment is part of a range designed to both demonstrate and experimentally confirm basic engineering principles. Great care has been given to each item so as to provide wide experimental scope without unduly complicating or compromising the design. Each piece of apparatus is self-contained and compact. Setting up time is minimal, and all measurements are made with the simplest possible instrumentation, so that the student involvement is purely with the engineering principles being taught. A complete instruction manual is provided describing the apparatus, its application, experimental procedure and typical test results.