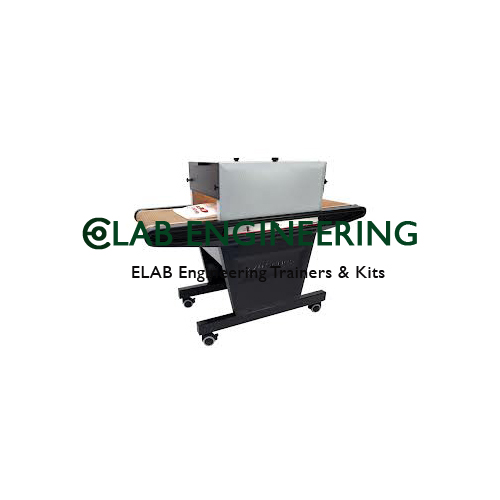 Convection Drying.
Convection Drying Technical Description Convection dryers are often used for drying solids in food technology. The Convection Drying can be used to investigate and demonstrate the process of convection drying of granular solids. Four corrosion resistant removable trays are available for drying the solid. They are positioned in a drying channel. The trays containing the solid to be dried are exposed to an airflow in the channel. The airflow heats the solid and also removes the moisture that is released. Airflow rate can be controlled by adjusting the speed of a fan. Air temperature is controlled with an adjustable heater. The transparent door in the drying channel allows the drying process to be observed. Digital scales can be used to follow the changes in weight of the solid due to evaporation or vaporisation of moisture during operation. The air temperature and the relative humidity of the air are recorded and digitally displayed by combined temperature and humidity sensors before and after the airflow passes over the solid sample. The hand-held anemometer provided, measures airflow rate.   The relevant measured parameters can be transferred directly to a PC, where they can then be further processed.